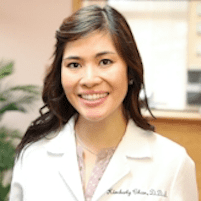 Gum disease occurs when bacteria has accumulated in and around the gum line. Bacteria commonly hides under tartar, or hardened plaque, and between teeth. When the number of bacteria goes up, the amount of toxins they release goes up as well. This can cause gums to recede or pull away from the tooth. This cause more of the tooth to be accessible by bacteria. This can allow the bacteria to reach the tooth root and cause an infection. This in turn can cause teeth to become loose or even fall out.

In mild cases of the disease which have not progressed very far, cleaning can help to remove the bacteria which is causing the problem. This only works when the condition is very mild however. In most cases, deeper cleaning methods such as root planing and scaling will be needed to remove the bacteria from under the gum line and the tartar. Regular cleanings can help to prevent the build up of bacteria and keep the disease from developing at all. It is better to stop the problem from occurring than treating it later.

What Occurs During a Root Planing and Scaling?

During these procedures, which are commonly used together, special instruments are employed to remove built up tartar, plaque, and bacteria. Typically, local anesthetic is used to prevent any discomfort when cleaning the gum line. Antibiotics may also be prescribed in order to kill any bacteria which couldn’t be reached.

What is Arestin Therapy?

Arestin is an antibiotic used specifically to treat gum disease. In Arestin therapy, the topical antibiotic ointment is applied directly to the affected areas and is usually done during a root planing and scaling procedure. This kills bacteria which the instruments couldn’t get to.

Words from our patients